Comparing the I2S Capabilities of the RPi and Odroid C1+

Aquiring data about the I2S capabilities of currently available mini computers proofs to be quite difficult. While there is some information about the I2S capabilities of the RPi, there seems to be nearly to none about the Odroid C1+ mini computer which was released in Summer 2015. However, in order to decide which platform is more suitable for audio projects, it is important to have some insights about jitter, data format etc. This article tries to gather information from various sources, sum it up and do some measurements and try to compare the two platforms..

For the Raspberry Pi there is already some information about the I2S bus available, whereas the best seems to be on this page:

To sum it up, the I2S interface of the RPi has the following limitations:

Measuring the I2S clock signal (BCK) one can easily see how the clocks are generated which leads to jitter: 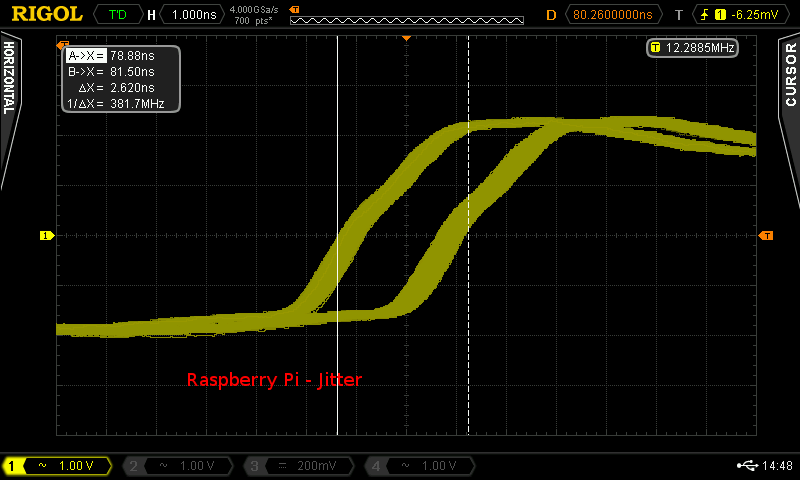 One can see that the signal alternates to create the needed clock speed which unfortunately leads to a fixed jitter of 2.5ns.

A look at the signal rise time could be interesting too – 4.2ns look nice to me: 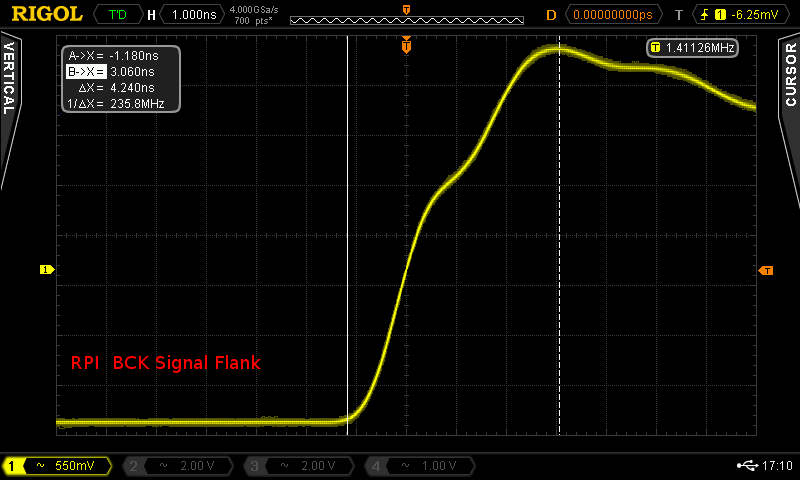 The I2S signals of the RPi have quite some overshoot as can be seen here, however, I’m unsure if this could have any interesting impact: 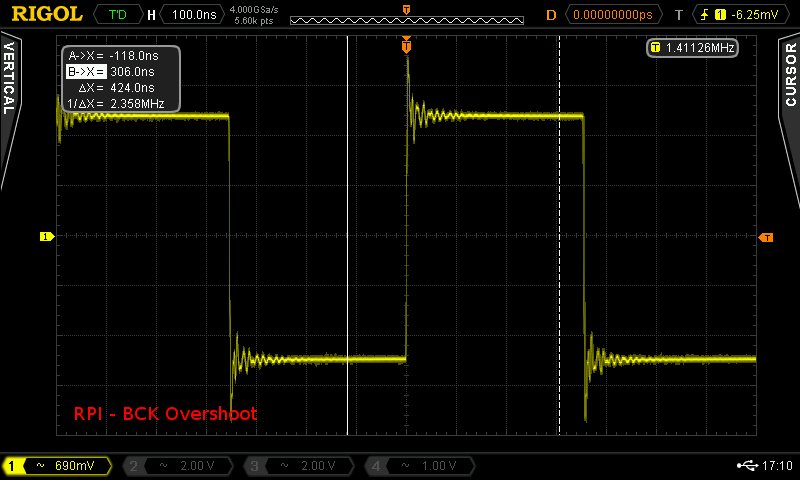 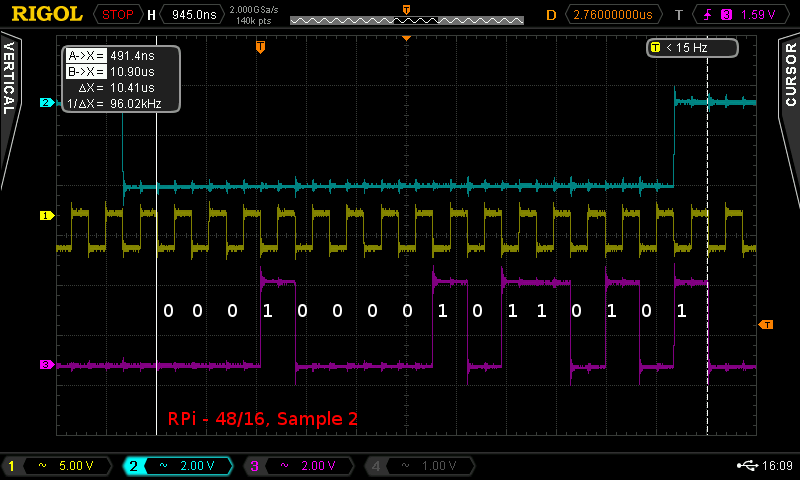 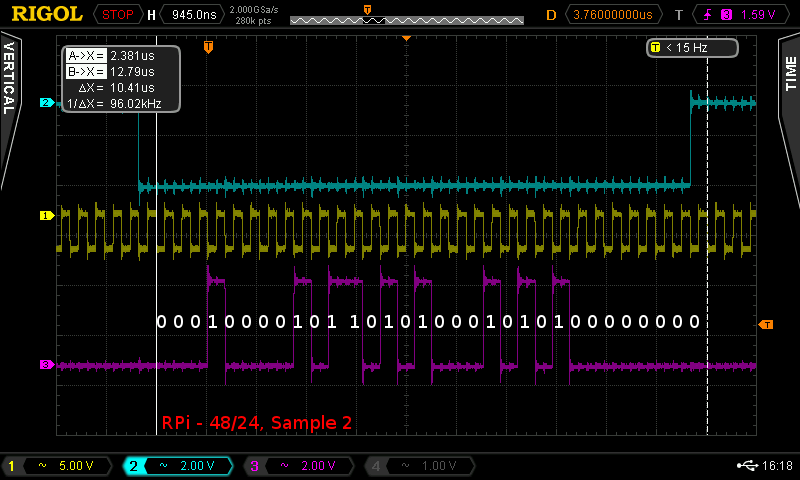 The signal is bit correct as it should be. However, it is very interesting that the Raspberry Pi can obviously generate 24bit signals as the diagram above clearly shows. The driver switches from 16 to 32 bit and sets the last 8 least significant bits to “0”. Probably the truncation from 24 to 16 bit (as mentioned in other articles) has been a driver issue and is not due to hardware limitations.

For the Odroid C1+ unfortunately there is nearly no info about the I2S signals at all, for instance, it is unknown how the I2S clocks are generated. Measurements of the signal led to the following results: 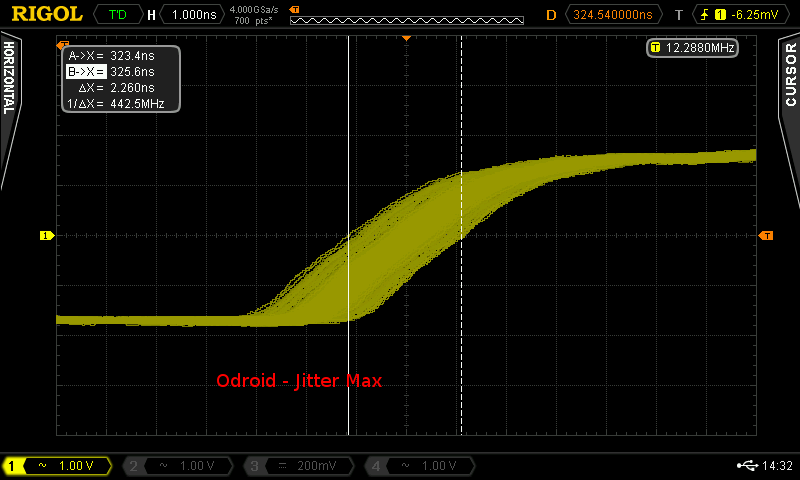 One can see that the jitter is present here, too, with about 2.2ns max. However, when looking closer, one can see that most of the clock signals are within certain limits as can be seen in the following picture: 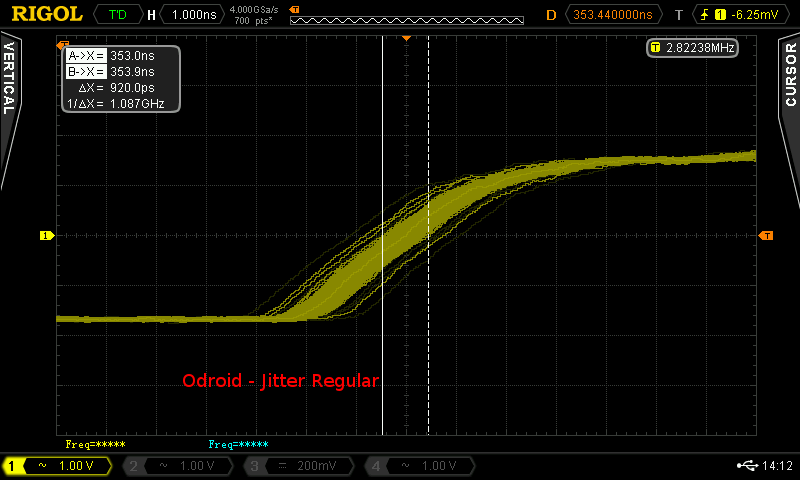 So, about 99% jitter is approx 1ns, which seems to be better than the jitter in the Raspberry Pi.

The signal rise time is similar to the RPi, a bit higher with around 5.5ns: 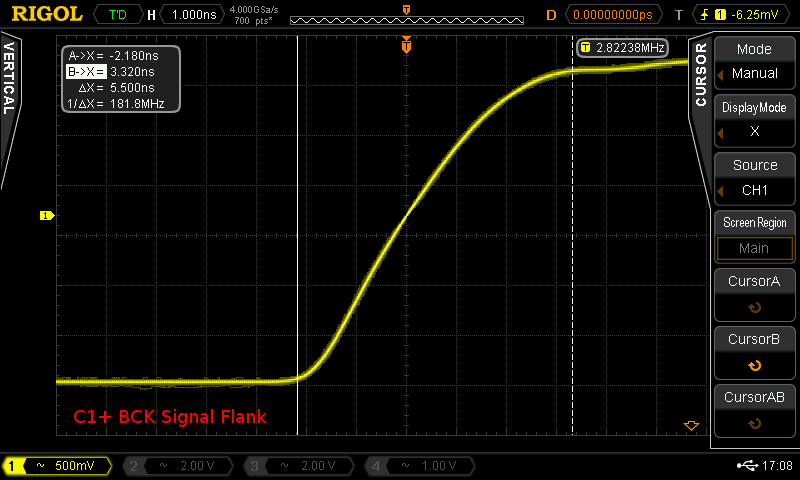 The overshoot of the C1+ is lower: 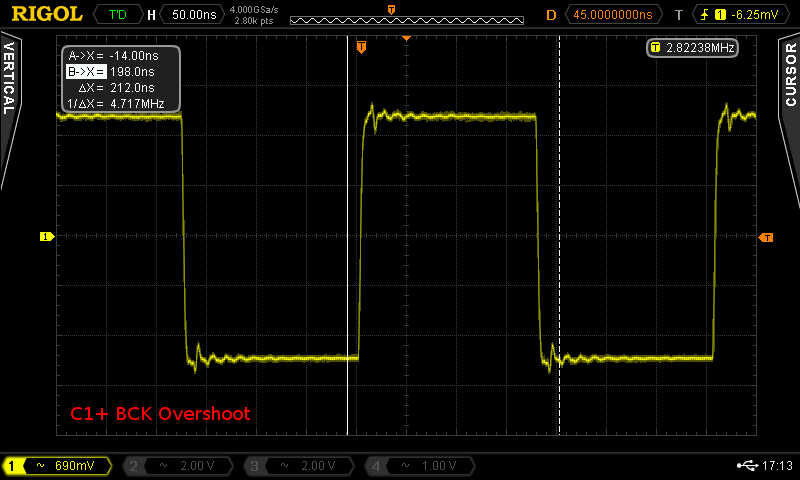 The I2S data signals on the Odroid C1+ look as follows 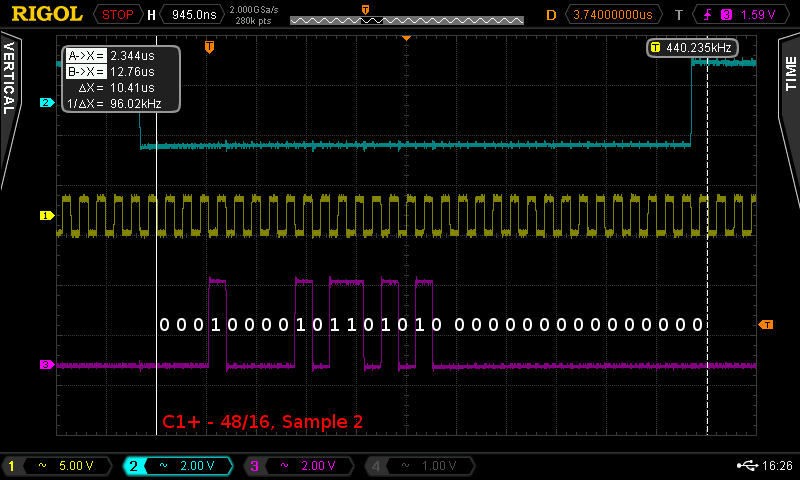 The signal is bit correct, too. In comparison to the Raspberry Pi, the signal seems to be always 32bit long, whereas the 16 LSB bits are set to “0”. However, this could also be some driver issue. 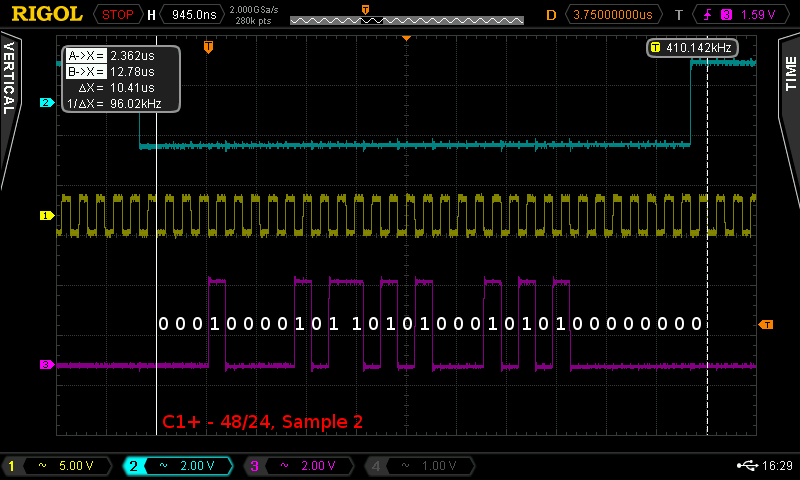 As expected, the signal is bit correct too, so it seems, the Odroid C1+ works the same as the Raspberry Pi.

A brief look at the noise could be interesting, too: 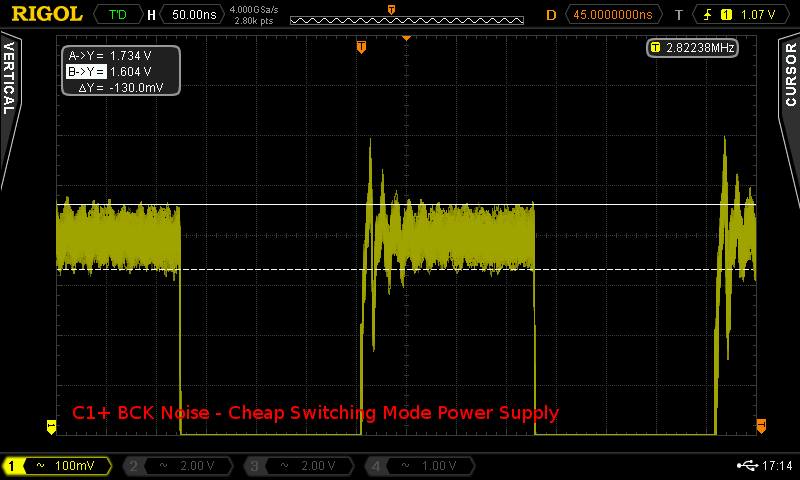 For the measurement above, a cheap switching mode power supply was used. When powering the C1+ with a lab power supply, the noise is reduced: 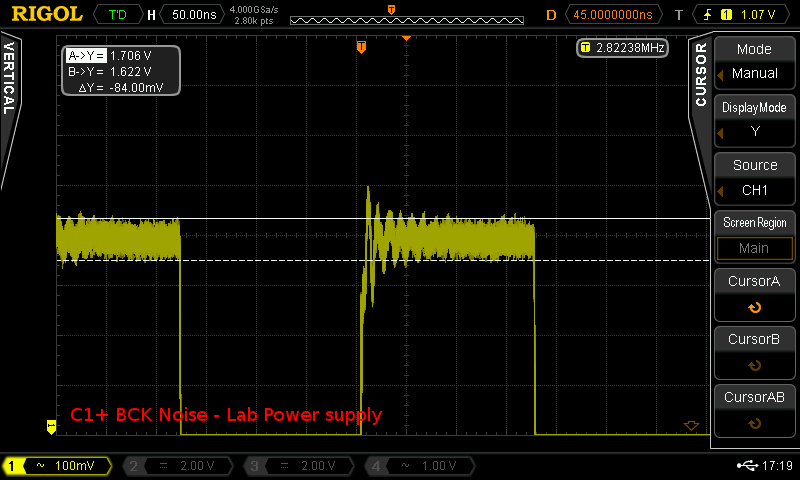 The Raspberry Pi and the Odroid C1+ perform quite the same regarding the I2S signal, I would say. The primary differences and advantages/disadvantages of the platforms could be summed up as follows:

Well, maybe the above findings clear things up a little and give some insight, however, it would be a major advantage if the clock generation circuits of the discussed hardware would be released openly.